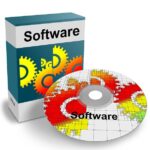 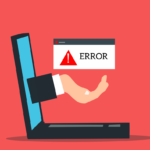 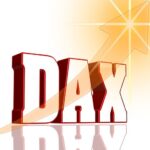 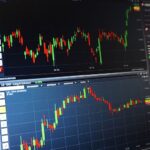 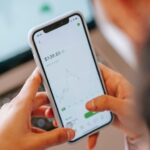 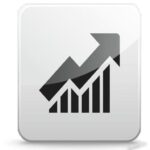 EA Magicnumber: freely selectable - only important if more than one EA works on one MT4 account

Mode Percentage (0.01-10.0): When set to X percent, the following is determined: If the trade should go into the stop loss, a maximum of X percent of the current free capital may be risked. The EA then calculates the lot size from this. Since the difference between the current price and the StopLoss is always different and the free amount always changes, the lot is never the same size.

Text OrderComment: Text added to each trade - "Comment" field in the terminal

Set StopLoss to BreakEven at 30-35 Pips:

Symbol Prefix: Your broker has prefixed characters in front of the currency pairs, like epEURUSD. Then enter them here, like ep.

Symbol Suffix: Your broker has put signs after the currency pairs, like.FX. Then enter them here, like .FX.

Excluded Symbols from Sender: Assets / symbols that should not be traded. The EA ignores these signals.

ChangeSymbol: Differences between the transmitter symbol and your broker symbol. This usually concerns metals or commodities, which can be quite different between brokers. In this case, please enter them here: "Sender symbol, receiver symbol" (example: "XAUUSD, GOLD").

On which days and at which time (broker time) may the EA open trades?

Start Trading: Time (broker time), time from which trades may be opened

Stop Trading: Time (broker time), time until which trades may be opened

Close Trades at “no activ time”:

Holiday Date Start & Holiday Date Stop: No trading takes place between these times. No matter what is entered in the "Trading Days & Hours" settings.

What are your Feelings

Solution not found? How can we help?

How can we help?

We use cookies on our website to provide you with the best possible experience by remembering your preferences and repeat visits. By clicking "Accept All", you agree to the use of ALL cookies. However, you can visit the "Cookie Settings" to give controlled consent.
Cookie settingsAll accept
Manage consent

This website uses cookies to improve your experience while you navigate through the website. Out of these, the cookies that are categorized as necessary are stored on your browser as they are essential for the working of basic functionalities of the website. We also use third-party cookies that help us analyze and understand how you use this website. These cookies will be stored in your browser only with your consent. You also have the option to opt-out of these cookies. But opting out of some of these cookies may affect your browsing experience.
Necessary always active
Necessary cookies are absolutely essential for the website to function properly. These cookies ensure basic functionalities and security features of the website, anonymously.
Functional
Functional cookies help to perform certain functionalities like sharing the content of the website on social media platforms, collect feedbacks, and other third-party features.
Performance
Performance cookies are used to understand and analyze the key performance indexes of the website which helps in delivering a better user experience for the visitors.
Analytics
Analytical cookies are used to understand how visitors interact with the website. These cookies help provide information on metrics the number of visitors, bounce rate, traffic source, etc.
Advertisement
Advertisement cookies are used to provide visitors with relevant ads and marketing campaigns. These cookies track visitors across websites and collect information to provide customized ads.
Others
Andere nicht kategorisierte Cookies sind solche, die analysiert werden und noch nicht in eine Kategorie eingeordnet wurden.
SAVE & ACCEPT
Powered by